Scientific investigations have now confirmed that homeopathic remedies can interact with the genetic blueprint and increase the expression of many genes. Because the human genome contains genes that promote health as well as genes that cause disease when their expression is increased, it became important to be able to control the specificity of homeopathic remedy/genetic blueprint interactions. 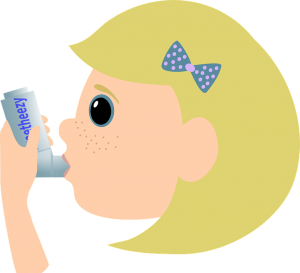 Almost fifty years ago, it was discovered that, in a clinical setting, gene-specific targeting could be brought about by the use of homeopathic DNA molecules with defined nucleotide sequences (for review, see Ref. 1). Based on this advanced homeopathic DNA gene targeting system, a series of sequence-specific homeopathic DNA (SSHD) remedies have now been developed.

These SSHD remedies take into account important health-related scientific discoveries, such as those which confirm that similar disease symptoms can be caused by quite different genetically controlled pathways,  as well as new properties of DNA that have been realised in recent years.

Asthma causing an allergic reaction is due to the development of an unusual type of immune response. Normally, the immune system makes antibodies called IgM, A or G. Sometimes, people make another type of antibody called IgE. Unlike IgG, A or M antibodies, which circulate in the blood and other body fluids, IgE binds to the surface of mast cells in the airways, as well as other tissues. An allergic reaction is caused by the binding of a foreign substance, or allergen, such as pollen to mast cell-bound IgE in the airways. The binding of allergens to mast cells causes them to disrupt, leading to the release of acute inflammatory mediators such as histamine.

The switch from the production of beneficial or normal antibody types to IgE production is regulated by IL-10. The Homeovitality Allergicare remedy has been developed to support the activity of IL-10 so that the likelihood of IgE antibody formation, and hence the development of an allergic reaction is reduced. It has also been recently discovered that IL-10 can even suppress the formation of mast cells (2). In fact, the positive effects of anti-asthma drugs such as triamcinolone and montelukast are considered to be due to their ability to increase IL-10 production (3).

Anti-inflammatory agents such as corticosteroids are routinely used to help resolve the symptoms of asthma, however, such agents provide relief for little more than about half of subjects suffering from this disease.

Scientists at Columbia University, New York (4) have now discovered a completely new type of asthma that explains why many sufferers do not respond at all to immunosuppressive therapeutics such as corticosteroids.

The newly discovered form of non-inflammatory asthma is due to a deficiency of a cell membrane component called sphingolipid in cells that line the airways.  The activity of the gene STP1 has been shown by Dr Worgall and colleagues (4) to play an important role in the production of sphingolipid and suppress the onset of non-allergic asthma. To respond to this newly recognised non-inflammatory form of asthma, the Homeovitality remedy STeP1 has been developed to target the STP1 gene.

For more information about these remedies and educational program, please see www.homeovitality.com