All external, as well as internal body surfaces, which the immune system cannot reach, are continuously exposed to infectious agents such as harmful bacteria. DEFB1 is a very important bactericidal protein that forms the body’s first line of defence against infectious agents. It is produced by cells in body surfaces such as skin. It has been shown to inhibit the infectivity of the AIDS virus and cause cancer cells to self-destruct. 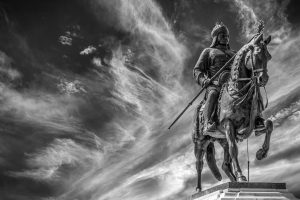 The “Restless Warrior” product is designed to target the DEFB1 gene. The defensin gene DEFB1 encodes a microbicidal peptide which is an important first-line defence mechanism for all epithelial surfaces against bacteria and other infectious organisms, including those that cause tuberculosis and leprosy. DEFB1 is called the “Restless Warrior” because it is continuously expressed in skin cells, urinary and respiratory tract epithelial cells. Other expression sites include epithelial cells of the testis, gingival tissue, small

intestine, cornea, mammary gland and particularly the female reproductive system. So, it plays a very important role in the protection of many parts of the body against the entry of bacteria and other infectious agents. It works separately to the adaptive immune system.