A few days ago, a cancer patient asked me the following question, I am sharing it here for the benefit of others.

Q: What happens when they remove all the lymph nodes on the left / right armpit, have I got any more defence at all on that part or even it is minimized?

You have raised an interesting question. I would respond to it as follows:

The lymphatic system is a network of tubes that carries a clear fluid called lymph from your cells to the bloodstream. Lymph nodes are kidney beans like structures located throughout the lymphatic system, in the armpits as well.

Lymph nodes function is to fight infection, filter lymph fluid. Lymph nodes efficiently trap pathogens like bacteria, other waste materials from the cells and destroy them by triggering an immune response. Therefore, a healthy lymphatic system is pivotal to fight infectious diseases and disease like cancer.

If cancer cells are not present in the sentinel lymph node/s then removing cancer-free lymph nodes is not a sensible choice.

Since there are thousands of cancer patients these oncologists have to see, therefore an easy and cost-effective approach for them is to remove all the lymph nodes, in the neighbourhood of the original tumour site.

Besides other comparatively minor side effects after lymphadenectomy (the medical term for lymph node removal), there is a possibility a patient whose lymph nodes have removed suffers from lymphoedema (swelling due to poor drainage lymph fluid), mostly this condition is developed if lymph nodes are removed and the patient has had radiotherapy treatment as well. 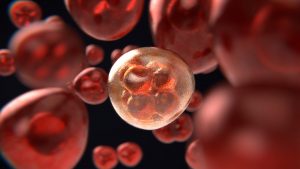 Last but not least, from the side of the body where lymph nodes are removed. Left side or right side, the immune system in this side might not be able to function optimally!

More lymph nodes and vessels are removed, greater could be the immunodeficiency syndrome on that side of the body. This side of the body is more prone to attack by bacteria, fungi and other pathogens. This can lead to the development of lymphoedema (infection) as explained above and subsequently patient has to use course/s of antibiotic drugs to overcome this infection.

Hope this information will help now.