Lack of concentration, impulsivity, fidgety, forgetfulness and daydreaming sometimes are normal traits in the behaviour of a child but these can also be attributed to a health problem when these signs start occurring more than normal in the behaviour of a young child. The clinical diagnosis for such symptoms is called Attention Deficit Hyperactivity Disorder (ADHD), sometimes known as Attention Deficit Disorder (ADD).

In early childhood before the age of seven, ADHD is a common neurodevelopmental disorder among children. ADHD makes not only a child’s life difficult but also parents who have no knowledge about this condition remain confused about the wellbeing of their child. Because for the parents it is quite difficult to distinguish between a normal child and a child suffering from ADHD. 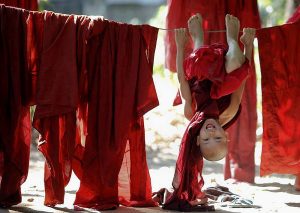 Parents should seek medical help if their child exhibits symptoms of ADHD and these signs and symptoms are present consistently across all different situations viz; in the school, at home or in the playground.

Dealing with an ADHD child is a daunting task for the parent, especially when there is very little help is available from the conventional medical system. Or help is there in the form of chemical-ridden drugs with dangerous side effects.

There are few facts to remember about ADHD children:

The most probable cause of ADHD:

Thimerosal is mercury. It is added to multidose vials of vaccines to prevent bacterial contamination when more than one needle is inserted into the vial. Until 2002 when thimerosal was removed from most vaccines – DtaP, HepB, and Haemophilus influenza type b (Hib) were carrying thimerosal. In developed countries, even today, thimerosal in influenza vaccine is being injected into pregnant women, infants and children.

There is a well-established fact that some vaccines and their ingredients do cause symptoms of ADHD. In fact, more specifically Thimerosal in Hep B vaccine is linked with the cause of ADHD in children [1].

There is a piece of strong evidence between PDD and the amount of organic mercury found in thimerosal-containing Haemophilus influenzae type b vaccine [2].

In a study, scientist found Thimerosal-containing childhood vaccines are responsible for emotional disturbance (ED) in children [3].

The conventional system of medicine provides support in the form of drugs, to some extent to overcome the symptoms of ADHD and other neurological disorders. Among these drugs are Ritalin, Adderall, and Dexedrine.

There are serious side effects in relation to these drugs which include, for example, use of drug Ritalin in children and teens might interfere with normal brain development. In some cases, these drugs have been found to cause sudden death among children and adults with heart conditions. Since some of these drugs are capable to cause symptoms of psychosis including hostility, aggression, anxiety, depression, and paranoia.

Another drug which is a non-stimulant drug is called Strattera also known by its generic name atomoxetine. Has also side effects which include; sleepiness, headaches, dizziness, abdominal pain or upset stomach, nausea or vomiting, mood swings. Then there are antidepressant drugs which are also used for ADHD patients.  Drugs to control high blood pressure, clonidine (Catapres) and guanfacine (Tenex) are also used in ADHD patients.

All these drugs have their own lists of mild to severe side effects.

There are options in complementary healthcare to overcome the symptoms of neurological disorders with the help of proper detoxification process, homeopathic remedies [4], and with the intake of balanced nutrition.

You may contact a complementary healthcare practitioner for further help and support.