Autism spectrum disorder (ASD) is characterised by stereotypical behaviour disorder and deficits in social and language interactions. ASD is a serious neurodevelopmental condition. There are around 700,000 autistic people in the UK. This accounts for more than 1 in 100 people suffering from ASD [1].

There are well over 100,000 children suffering from autism in England alone. According to a survey published in 2017, “One in eighteen (5.5%) preschool children were identified with a mental disorder at the time of the interview, with higher rates in boys (6.8%) than in girls (4.2%)” [2]. 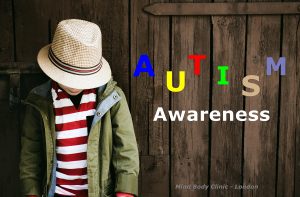 Autism and suboptimal function of gastrointestinal (GI) tract are closely connected [3]. From the very onset of this article, we must understand the fact that the brain and gut originate from the same tissue in the embryo. As the embryo evolves and grows, the gut slides to one end and the brain slides to the opposite end. This connection further strengthens due to the fact that the brain and gut are connected via the Vagus nerve or visceral/peripheral nervous system. Besides, there are strong connections between the brain and the GI system. These connections are in the form of neurotransmitters, relaying information to and from the gut to the brain. In fact, there are as many neurons (nerve cells) in the gut as there are in the spinal cord. The gut is called the second brain or the “mini-brain” due to the network of neurons in the gut. This network of neurons in the gut is called the Enteric Nervous System (ENS), because of its ability to work with and independent of the brain (Central Nervous system).

A part of the immune system is also developed inside the gut flora. Altered microbial composition favouring pathogenic microbes (enemy bacteria) over beneficial microbial flora (friendly bacteria) in the gut is called dysbiosis. The occurrence of dysbiosis at a younger age affects health during the later years in life. Besides dysbiosis, other GI symptoms are four times more prevalent in children with ASD than normal population [4].

Other than mental symptoms, there are present a particular set of GI symptoms among autistic children. These symptoms are such as constipation, diarrhoea, bloating, abdominal pain, reflux, vomiting, gaseousness, foul-smelling stools and food allergies [5]. In addition to these GI symptoms, autistic children have lower friendly bacterial population. This lower friendly microbiome population versus the higher rate of unfriendly bacterium increases the severity of the GI symptoms. 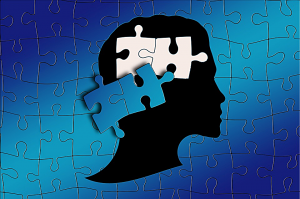 For example, the abundance of a bacterium Clostridia species (spp) in autistic individuals suggests its involvement in the pathogenesis of ASD [6]. In a study, it has been demonstrated that the faecal flora of autism spectrum disorder (ASD) patients were enriched in Clostridium histolyticum group (Clostridium clusters I and II) of bacteria than those of healthy children; a particular bacteria group that are recognized to be toxin-producers [7].

It is also known that many autistic children take high doses of antibiotic in their early years of life which could be a contributing factor of disturbing healthy gut flora. Antibiotic treatment during the first three years of life can have a serious adverse effect on healthy bacteria population, with long-term negative effects on the health of a child [8].

Women are found to have a high risk of having autistic children when they are hospitalised due to an infection during their pregnancy. Thus, maternal infection during pregnancy can lead to reduced friendly microbial composition and increased risk of ASD. Particularly, viral infections in the first trimester of the pregnancy and bacterial infections in the second trimester were associated with a higher risk of birthing autistic children [9]. 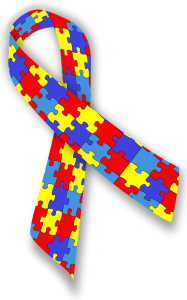 Yeast Candida infection appears to play a clear role in autism pathogenesis. In a study, in the faeces of forty children the level of the bacterial genera Collinsella, Corynebacterium, Dorea and Lactobacillus were found significantly elevated than their control counterparts. Additionally, yeast candida was present at an increased rate among autistic children [10]. In a dysbiotic environment, as frequently observed in the autistic population, the yeast proliferates and produces ammonia and toxins, which were reported to increase autistic behaviour [11].

Xiong et al. found significantly higher levels 3-(3-hydroxyphenyl)- 3-hydroxypropionic acid, 3-hydroxyphenylacetic acid and 3-hydroxyhippuric acid among sixty-two autistic children than their control counterparts in a study. These noxious substances induce autistic symptoms by decreasing catecholamine levels in the brain [12]. These metabolites are mostly produced by Clostridia spp, as mentioned above, and other overgrown populations in an altered phenylalanine metabolism. This finding suggests children suffering from phenylalanine metabolism disorder, such as phenylketonuria, also often develop ASD [13].

Autistic children are also known to have lower plasma glutathione levels. Glutathione is one of the body’s most powerful anti-oxidants. It also plays a significant role in recycling other important antioxidants such as vitamin C and vitamin E. Glutathione also plays a major role in detoxification by chemically altering toxins so that they can be removed safely from the body. The excretion of heavy metals is difficult in ASD patients due to the fact that glutathione is less available [14].

Homocysteine, a common amino acid in the blood and a by-product of methionine cycle, is a nasty substance which is supposed to be converted back into methionine. Homocysteine inflicts damage to the inner arterial lining (endothelium) and other cells of the body. The increased level of homocysteine is responsible for causing a long list of mental and physical disease symptoms including cardiovascular disease, rheumatoid arthritis and Autism [15]. Suboptimal level of MTHF gene product, due to gene mutation, increases the level of homocysteine in the body. Preliminary research on MTHFR gene in relation to autism and ADHD suggests that adequate prenatal intake of folate – both in the period 3 months before conception and during the first month of pregnancy in particular — can reduce these risks [16]. In numerous studies on autistic children, the homocysteine level has been found significantly high as compared to control subjects [17] [18][19].

The metabolite results of Canadian autistic children as compared to fifteen controls, revealed in serum and in red blood cells, that there were significantly lower concentrations of nutrients like docosahexaenoic acid (DHA), eicosapentaenoic acid (EPA), arachidonic acid (ARA) and a lower ratio of omega-3 to omega-6 fatty acids and linoleic acid [20]. From this research, one can understand that an autistic child needs more of these vital nutrients than their healthy counterparts. 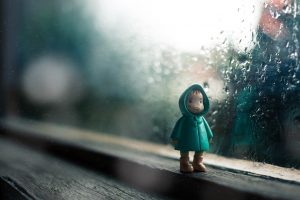 Due to certain pathological changes, the tightly-secured gut membrane becomes permeable for toxins. Along with other nutrients, these toxins are absorbed through the “holes” in the blood. This permeability of the gut wall for toxins is called leaky gut syndrome (LGS). These toxins in the blood when crossing the blood-brain barrier, lodge in the brain and manipulate the functions of the brain. Gut-Brain Axis play a vital role in the development of autoimmune disease [21]. Existence of autoimmune disease is one of the hallmarks of the ASD [22].

Vaccines also cause damage to the gastrointestinal tract of the babies and young children and become a cause of inducing leaky gut syndrome. This is how it happens; it is a well-known fact that systemic inflammation in the body increases intestinal permeability [23]. It is also true that vaccines do cause inflammation in the bodies of infants and young children [24]. A study of the health records of 548,422 children has shown, besides other findings, due to MMR  vaccine among male and female children, one of the top reasons for ER visits and/or hospital admissions after their 12-month vaccinations were otitis media (ear infection/inflammation), acute upper respiratory tract infection, viral infections and non-infective gastroenteritis and colitis [25]. All these diseases cause inflammatory markers to rise in the body, thus causing increased intestinal permeability (i.e. leaky gut syndrome).

From the above discussion, we can infer in ASD, the gut-brain axis is simultaneously adversely affected. Therefore, in the treatment of ASD patients, both parts of the axis – the gut and the brain – need to be treated together. A true therapeutic method cannot achieve any positive resolution in the treatment of ASD by treating neurological symptoms without treating the damaged gut.

In my next article, I will outline the alternate natural options to treat ASD patients.