CoQ10 is an analogue of coenzyme Q (CoQ). There are different forms of CoQ but CoQ10 is the only form which the human body can assimilate. We couldn’t live more than a few minutes without oxygen, more than a few days without water or more than a few weeks without food. It is also a fact that the body cannot survive without CoQ10. If your level of CoQ start dropping then your health is adversely affected.

Many diseases start to flourish when the body level of CoQ10 drops more than 25 per cent. The CoQ10 deficiency causes a long list of serious illnesses such as cardiovascular diseases, hypertension, immune system inefficiency, cancer etc. If the essential level of CoQ10 drops below than 75 per cent life can no longer be sustained.

CoQ is also known as UBIQUIONONE. This name was given to CoQ by a British scientist R A Morton. Ubiquitous means existing everywhere, in life.

CoQ provides 95 per cent of the total fuel to the mitochondria (energy generator) in each cell of the body. In fact, CoQ is an integral part of the process to manufacture adenosine triphosphate (ATP), the basic energy molecule of the cell.

There are several studies which categorically prove the beneficial effects of CoQ10 on the human economy. Reversing of heart disease, slow down of the ageing process, enhancement of immune response are few benefits from a long list of diseases which can be treated and cured successfully with the proper use of CoQ10 supplement.

Dr Emile in her book, “The Miracle Nutrient Coenzyme Q10” writes, “The scientific papers contain impressive reports on CoQ studies from universities and institutions throughout the world. I discovered for example, that the previous literature I had read was supported by major medical studies. And at that time well over 10 million people in Japan, almost 10 per cent of the entire population were taking CoQ daily on a therapeutic basis prescribed by physicians. And in clinical trials, involving thousands of individuals, there were no indications that any toxicity was involved with CoQ. It was, it appeared totally safe”.

Dr Emile is the scientist who discovered CoQ10 very first time in human organs. Hence, her opinion can be taken as an expert’s advice in this regard!

Those patients who take Statin drugs to reduce cholesterol. These patients due to lack of knowledge and having blind faith in their healthcare providers suffer chronic deficiency symptoms, of CoQ10 in their bodies. First of all, the statin is the most dangerous drug in the market. There are over 500 scientific papers which prove statin has toxic side effects, it can damage liver, kidneys and can cause congestive heart failure. Statin was not made for females yet it is being prescribed for female patients. This drug can cause cancer among its users!!

Statin drug when taken to reduce cholesterol level it turns off the mechanism of production of cholesterol in the body.  It sounds a good idea but in reality, its most stupid idea in medical history. The reason being is this, whilst statin shuts down the production of cholesterol at the same time the same mechanism is responsible to make CoQ in the body. It means statin, in fact, creating a life-threating situation for the statin users. The energy generation mechanism of these statin users also stops and shuts down!!

These statin users never know and they are never told by their doctors that if a statin is helping them by controlling cholesterol production in their body but also statin is causing their cardiovascular system to die gradually. There are numerous studies in the scientific literature which show statin drug is the cause of heart failure among other serious conditions.

Mostly, medical doctors never bother to tell their patients that if you want to take statin drug you MUST also take sufficient amount of CoQ10 supplement in order to fulfil the body needs of energy production for day to day activities. This also worth mentioning here that since our heart works 24/7 and 365 days a week, therefore, it needs most of the CoQ10 produced in the body. Now imaging due to the use of statin drug if this vital supply of CoQ10 is stopped in a heart patient, what kind of adverse conditions may occur of heart and other vital organs.

CoQ10 is an expensive supplement and everyone cannot afford to take along with drugs like a statin. Especially in third world countries where the healthcare system has become a money-generating tool for medical doctors and pharmaceutical companies. Patients’ welfare becomes a secondary issue in such circumstances.

There are many natural ways to control and reduce the higher level of cholesterol in the body. All inflammatory diseases including heart disease etc. can be reversed with the use of proper nutritional intervention and lifestyle change. We do not need drugs – especially drug-like statin, for this purpose.

If you have decided to take this dangerous drug then you MUST at least complement the deficiency of CoQ in your body by taking CoQ10 supplement. Then at least you will not suffer from dangerous consequences of taking statin alone.

In our body, there is a gene called CoQ4. The COQ4 gene plays an important role in the production of the vital energy-producing enzyme CoenzymeQ10. The gene COQ4 encodes a protein that is responsible for organising a multienzyme complex for the synthesis of CoenzymeQ10. It has been shown to be an essential requirement for the production of biological energy in all forms of life. 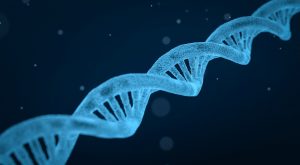 In 2008, Casarin and co-workers first discovered the same vital energy-producing gene in humans [1]. Since then, other scientists have demonstrated that reduced expression of the COQ4 gene leads to partial CoenzymeQ10 deficiency, and subsequently, increased susceptibility to the development of many disorders [2].

CoenzymeQ10 is essential for the production of ATP in the cell’s mitochondria as part of the Kreb’s cycle. ATP is the body’s vital energy source, the body’s “vital force” according to the homoeopath S. Rashid [3]. It is the body’s source of power, just like a battery. Therefore, if insufficient CoenzymeQ10 is available, the biological battery loses power and cells and organs die.

Roffe and colleagues discovered yet further benefits of CoenzymeQ10 in that it can reduce unwanted side-effects in cancer patients receiving chemotherapy [4].

Unfortunately, statin drugs impair CoQ10 synthesis. They do this by blocking the conversion of the CoenzymeQ10 precursor hydroxymethylglutarate to cholesterol and then subsequently to CoenzymeQ10 [5]. Therefore, it would be of great benefit to optimise the function of the COQ4, to benefit to all those who are on long term statin therapy.

Finally, in view of the fact that CoenzymeQ10 is so important in recharging all the body’s energy batteries, it is not surprising that Hoppe and colleagues referred to it well over a decade ago as an “energizer” [6].

CoQ4 Sequence-Specific Homeopathic DNA (SSHD) molecule is developed to promote and optimise the function of CoQ4 gene. In order to increase the level of CoQ10 in the body naturally. This is a drug-free approach, cheaper than taking CoQ10 supplement and having the same benefits of the expensive supplement.