I share with you one very interesting case history of a child who was not officially diagnosed with any mental health issues yet he was showing all the symptoms of severe behavioural disorder. In fact, his symptoms were pointing towards Autistic spectrum disorder (ASD). 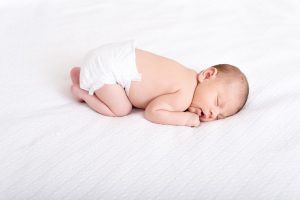 His symptoms were as follows:

He was fully vaccinated until the age of 6 years of age.

He had no appetite 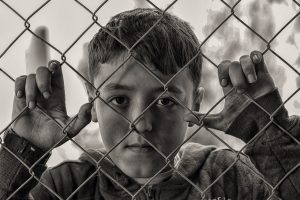 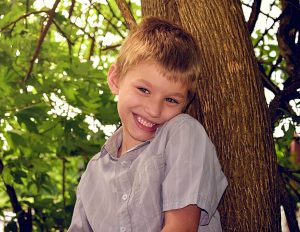 By the time I started his treatment he was 7 years old. He was suffering from all those symptoms mentioned above. In the school, he was not making any progress in his education and he was lagging behind from his class.

First thing I advised to the parent that he should not be vaccinated any more. Because he was a case of vaccine damage syndrome (VDS).

The second piece of advice was DO NOT USE any PHARMA DRUGS, CREAMS OR LOTIONS MADE WITH CHEMICALS.

My third advice was STOP all JUNK food!!

Since I knew from his symptoms picture this young boy was suffering from VDS, therefore, I applied PACED Therapy for him.

I started a course of homoeopathic remedies to detoxify the negative effects of vaccinations. These remedies were made from the same vaccinations which he has had received in his childhood up to the age of 6. Along with homoeopathic treatment, he was put on a daily dose of supplements containing omega 3, vitamin C, b-complex, B12, glutamine powder. For topical use, he was prescribed to use olive soap for washing, a homeopathic ointment containing belladonna and graphite. To combat the seasonal symptoms of cold he was prescribed echinacea mother tincture.

Technically he was NOT using any drugs from any conventional doctor now!!

Visits to GP were limited to get a prescription for tar- shampoo (T-gel). This shampoo was good for itchy scalp.

(Conventional docs were trying to clear his eczema only. And they were completely failing in this. Rather their drugs and steroids were lodging more chemicals in the system of this little patient.

School tried to persuade the parents with scaremongering tactics that if you will not take their recommended route of special needs classes for your child, he will remain a loser etc. But brave parents not only rejected school’s proposals rather school was told that by them that in any circumstances DO NOT VACCINATE our son in the school without our permission.) 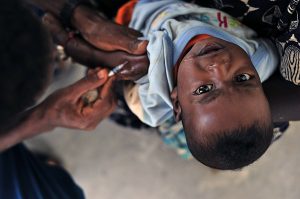 Since from the age of 7 until today this child is NEVER vaccinated again.

After three months of treatment, there were clearly positive changes in the behaviour of this child. Sleep improved, became livelier, skin condition was not much improved but episodes of flareups of eczema had reduced.

I continued his prescription of supplements and topical natural products, but now it was the time to start a deep acting homeopathic treatment after detoxification of vaccinations with homeopathic remedies.

I gave him only one dose of homeopathic remedy Psorinum in LM1 potency and waited to observe the action of this remedy for the next 9 days.  After 9 days there was slight aggravation (which was quite normal) in the skin disease and then the symptoms started to subside on their own.

This deep acting homeopathic remedy is very effective on the basis of the symptom picture of a patient if used wisely, otherwise, it can easily aggravate the symptoms extremely badly. Such aggravations by untrained homeopaths are attributed to the ‘so-called fact’ that homoeopathic remedies do shift internal disease to the skin. Poor patient sometimes does suffer so much so in the hand of an untrained homeopath that he would lose his confidence in homeopathic system. There is no doubt, homeopathic remedies do shift disease symptoms from vital organs to minor organs such as skin, but such transfer is very much under the control of an experienced homeopath.

As the treatment was carried on with supplements, nutritional plan and topical aids. This child was given the second dose of Psorinum after one month. After the second dose, there were clear improvements in mental symptoms along with the symptoms of his skin disease.

Up to the age of 9, he was given 12 doses of Psorinum in two years. At one point during this treatment, he was also given a dose of homoeopathic remedy Crot Tig on the basis of his symptoms picture.

After two years of treatment, this young child was completely cured of his skin disease and his mental symptoms were also so much improved that he would insist to his parents during the last years of his primary school that he would like to come back home all alone!

After primary school, this young boy who is grown to 5’ 7”, got admission in an academy to complete his high school studies. Recently he has achieved his GCSE with A*, A, B etc. grades. Now he is doing his A levels in computer sciences and in business studies.

Although his homoeopathic treatment was stopped after two years but throughout all these years, he is taking his daily doses of vitamins and supplements!!

This child is over 16, but he hasn’t seen his GP for past 9 years now and is never vaccinated after 6 years of age even though he has travelled abroad many countries including those countries where infectious diseases are most prevalent. 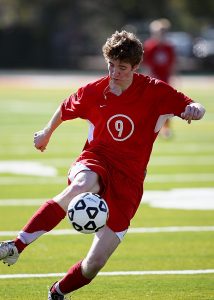 Is this not a great overall improvement!

Few points for other parents to think about their children:

Rid them from the clutches of the conventional medical system. Give your children a chance to live a happy normal healthy life with the natural healthcare system.